Make a general donation to the 2022 Walk to End Alzheimer's - Twin Cities, MN

Jeanne is fundraising to honor 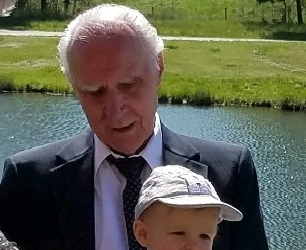 I'm leading the way to Alzheimer's first survivor by participating in the Alzheimer's Association Walk to End Alzheimer's®.

Chet passed away just five days shy of his 91st birthday in December 2018. He lived a full and happy life. Alzheimer’s did not become a major player in his life until the last five or so years. Although the disease robbed him of his memories and his independence, he never lost his sense of humor.

Thank you for joining the fight against Alzheimer's! Every little bit helps.