Michael is fundraising to honor 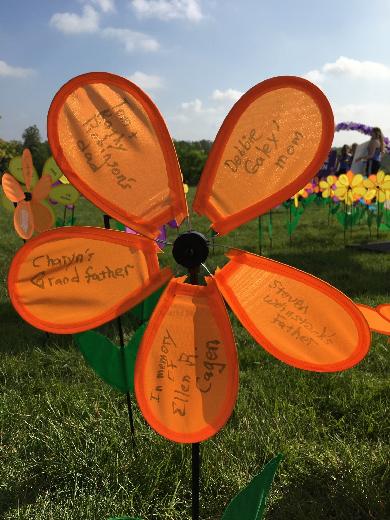 From the Promise Garden

Certainly, you or someone you know has friends who couldn't visit their loved ones in an assisted living or memory care facility.  You of course recognize that the social isolation of "lockdown" has made matters worse for those with Alzheimer's, as social isolation is seen as a contributing factor to those who may be subject to the disease.

Newly released medicines intended to treat the disease have been released, followed by criticism of the approving body, given the side effects and limited efficacy of the new treatment.

A cure remains quite elusive for this complicated mind robbing disease.

From 2000 through 2018, Alzheimer's deaths went up by 146%.  Two thirds of it's victims are women. Alzheimer's disease is a neurodegenerative disease which is the sixth-leading cause of death in the United States and is the only cause of death among the top 10 in the US that cannot be prevented or cured. THERE IS NO CURE. There are close to 6 million people in the USA with Alzheimer's Disease, which is expected to swell to 14 million people in this country by 2050.  There is currently one new diagnosis every 65 seconds.  It's shocking that 1 in 3 senior citizens will die with the disease or with another form of dementia.

I'm Walking because this is a crisis.  I'm walking so you won't have to suffer, or, perhaps speaking more practically, so your children won't later succumb to this disease.  By participating in the 2022 Alzheimer's Association Walk to End Alzheimer's™, I'm committed to raising awareness and funds for Alzheimer research, care and support.

The Alzheimer's Association currently has $208 million invested in 590 active research projects in 31 countries.  This Walk will provide further funding for more research and other Association programs.

Thank you for your support and for joining the movement!  The end of Alzheimer's disease starts here.