Make a general donation to the 2022 Walk to End Alzheimer's - Traverse City, MI

Sharon is fundraising to honor 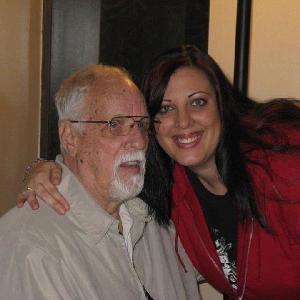 Love and miss you Dad!

My name is Sharon and I lost my father, Daniel Hagen, to Alzheimer’s in 2016. While I was born when he was 50, I was blessed to have 32 years with him in my life. He was the greatest father a daughter could have hoped for and my very best friend! We spent many weekends in my youth camping, fishing or building and flying model airplanes. As I grew up, he became my biggest supporter when I started playing basketball and water polo. No matter what, he ALWAYS there for every game and every tournament. He would travel the country with me as I played on Junior Olympic teams and I would hear him cheering from the stands at every event. He was my number one fan, and I was his! When he was diagnosed with Alzheimer’s in 2013. Those last 3 years were very hard emotionally and mentally: his stories, personality, independence and voice faded away. He became a shell of the man he once was. I felt this disease robbed us, taking away so much of the great man that we loved so much. He was bubbly, boisterous and loving, but the disease made him nervous and distrusting. I did all that I could to bring him joy and remind him of his stories, played his favorite music, took him on car rides, make his favorite meals. I remember his happiest moments were the ones spent with my daughter and whistling along with the birds when we would sit outside. It was my greatest honor to bring him moments of joy and comfort, giving back and caring for in his final years, like he used to do for me.

Families facing Alzheimer’s need us now more than ever — and with your help, we can be there for them. Please make a donation or register as a participant and start your own fundraising. Together, we can end Alzheimer’s disease.