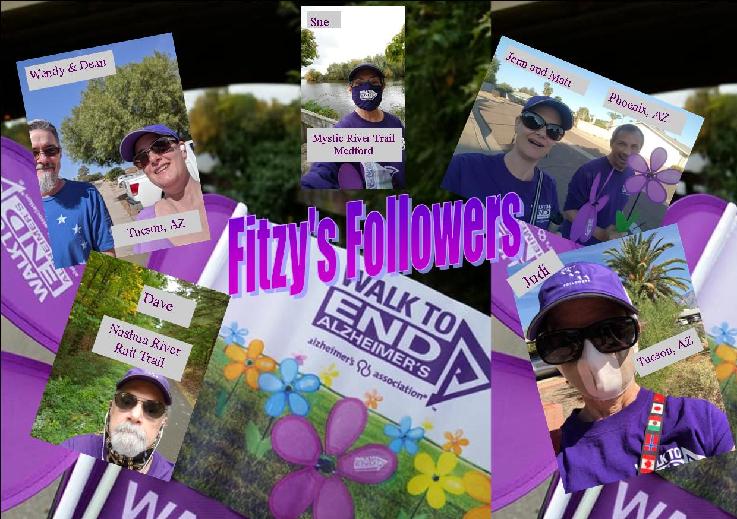 Fitzy's Followers are back for another year to fundraise and raise awareness!

Too many family members have been afflicted with this horrible disease.  Fitzy was the first of them diagnosed back in 1985.  He continued to live with it until 1993.  Then Ruthie was diagnosed in 1998 and did not gain her independence from Alzheimer's until Independence Day in 2004.  That's too many years for the FitzPatrick's immediate family!

Aunts, uncles, grandparents, in-laws, former in-laws; and many relatives of friends have also suffered with memory loss and dementia.