Jordana is fundraising to honor 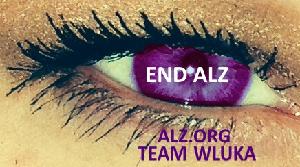 In addition to volunteering for the Foxboro Walk to End Alzheimer's, I am raising funds in Memory of my Grandfather, Icek "Hank" Wluka, who passed away in 2001 after a 6-year-long battle with Alzheimer's.

I didn't understand back then how someone could "die from Alzheimer's," as his final battle was lost to Pneumonia. But then I realized that Alzheimer's was the catalyst for the Pneumonia. Alzheimer's took away his mind and body's ability to function, leaving him hospitalized and subject to infection. There's just no need for anyone else to experience this.

On his final day with us, January 23, 2001, he looked at me and called me Brenda. He thought I was my beautiful Grandmother and it was a wonderful compliment; my one happy memory in the end.