Make a general donation to the 2022 Walk to End Alzheimer's - Portsmouth, NH

Rebecca is fundraising to honor 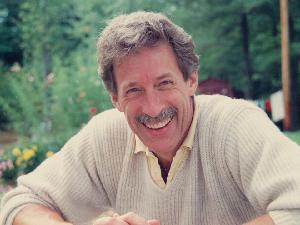 In October 2017, my father Michael Blake lost his battle with the excruciating effects of Lewy Body Dementia (LBD), a devastating combination of Alzheimer's and Parkinson's disease symptoms. At that time, while Alzheimer’s was very much in the public consciousness, few people were familiar with LBD. Since then, more and more people are being diagnosed with this awful disease, including many in the public eye. Music’s Casey Kasem, actress Estelle Getty, media icon Ted Turner, baseball legend Tom Seaver, and most notably actor/comedian Robin Williams all died from complications of LBD. After two years of virtual walks, this September I will once again participate in the in-person Seacoast MA/NH Walk to End Alzheimer’s to raise funds in honor and memory of my dad.

Millions of Americans live with this degenerative illness for which there is no cure. Consider the following statistics as evidence of the impact this disease has on our society:

- Today, more than 6 million Americans are living with Alzheimer's disease.

- Alzheimer's is the only disease among the Top 10 causes of death in America that currently cannot be prevented, cured or even slowed.

- Over 11 million Americans provide unpaid care for people with Alzheimer’s or some form of dementia.

I participate in the annual Walk to End Alzheimer's so that one day researchers will figure out how to treat and halt the progression of all forms of dementia, and eventually eradicate this cruel affliction all together. I've been raising money in support of the Alzheimer's Association since 2009 to demonstrate my commitment to find prevention and ultimately a cure for Alzheimer’s and other forms of dementia like Lewy Body. Please join me and make a donation to advance the care, support and research efforts of the Alzheimer's Association. Your contribution makes a difference.

Thank you for joining me in the fight against Alzheimer's. You honor my father's memory with your generosity and commitment.

With love and appreciation,