Make a general donation to the 2022 Walk to End Alzheimer's - Naperville, IL 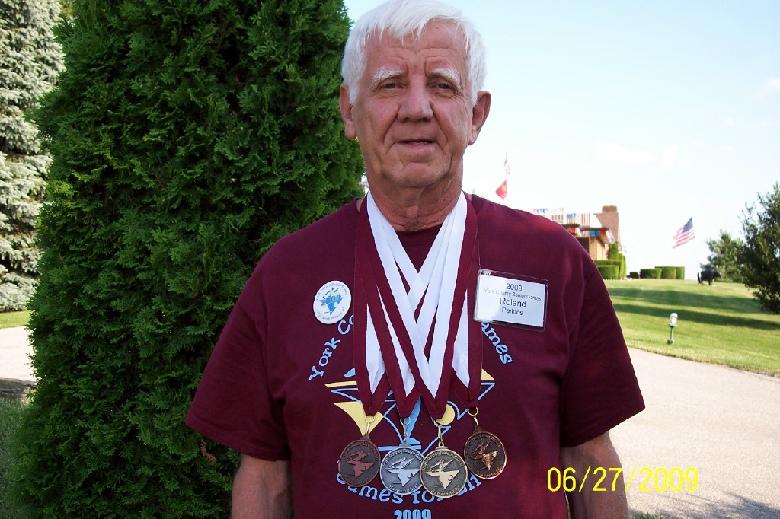 Love you Dad, and Miss You SO Much!

Thank you for visiting my personal fundraising page!  This is my 10th year as the captain of team Mission ISpossible!  The past year, 2021, was quite a year, and even though it seemed like everyone's focus was on COVID-19, researchers were hard at work finding new ways to treat and slow the progression of Alzheimer's.  There were significant breakthroughs and many reasons to hope that a CURE for Alzheimer's is in the very near future!

Many of you know my story, but for those that don't, it is a non fiction day to day journey of the Perkins family.  My dad was the 2nd youngest of 10 children. He and six (6) siblings were affected by Alzheimer's.  I lost my dad in April 2018, after his 15 year battle with Alzheimer's.  Without a cure or a prevention, I can only assume that many more people in the Perkins family will one day be diagnosed with Alzheimer's.  My siblings, my cousins, my children, my nieces and nephews or even myself are all candidates and some of us may already be struggling with the early signs and hoping that we are wrong.

SOMETHING HAS TO BE DONE!  Funding for research needs to continue to be increased and finding a cure for Alzheimer's needs to be on the front burner of every local, state and national government agenda.  Did you know that every 66 seconds another American develops Alzheimer's? Did you know that 1 in every 3 seniors in the United States will die from Alzheimer's or another Dementia this year? That's more than the number of deaths from Prostate Cancer and Breast Cancer combined. Did you know that barring the development of a medical breakthrough to prevent, slow or stop this disease, that more than 16 million people over the age of 65 will have Alzheimer's by the year 2050!

Did you know that of the top 10 diseases within the United States, Alzheimer's is the ONLY ONE where 100% of the people diagnosed and living with the disease have no chance of ever being a SURVIVOR!  There is not a SINGLE SURVIVOR of Alzheimer's! Today, 5 million people live with Alzheimer's and ZERO people have survived a diagnosis of Alzheimer's!

Between 2000 and 2017, the number of deaths attributed to Alzheimer's rose 145% while deaths from other major diseases decreased (deaths from heart disease decreased by 9%). Alzheimer's disease is the only cause of death among the top 10 in America that cannot be prevented, cured or even slowed. I shudder to think that in 30 years...ONE GENERATION AWAY...that more than 60 Million Americans will be living with, or caring for someone, with Alzheimer's.

It only takes one family member with this diagnosis to change the course of life for an entire family. The yearly cost for caregiving alone has surpassed more than $220 billion and most of the 17.7 billion hours of care is provided by an UNPAID family member. On top of that, the physical and emotional burden of caregiving for a person with Alzheimer's, cost caregivers an additional $9.3 billion in health care costs for themselves, and more than 1/3 of these caregivers report symptoms of depression.

I need your support to do my part! Please make a donation to help the Alzheimer's Association advance research into methods of treatment, prevention and, ultimately, a cure for Alzheimer's. For the millions already affected by the disease, the Association offers care, education, support and resources in communities nationwide.

I challenge you to make a difference, to take a stand, to make a donation and to help end Alzheimer's because this Mission ISpossible!

Thank you for joining the movement! The end of Alzheimer's disease starts with me and you.