Make a general donation to the 2022 Walk to End Alzheimer's - North Shore, IL 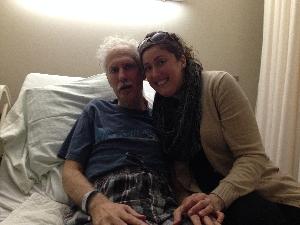 I participated in my first Walk to End Alzheimer's® in 2011. Back then I knew the mission was important, but hadn't realized just how much so until three years later. In 2014, I lost my dad to vascular dementia.

In 2015, we walked for the first time with our oldest daughter, Sylvie -- named for my dad who she never got to meet. While she was a newborn then, she's walked (or strolled) every year since. To Sylvie, this walk will always be called the "Grandpa Steve Walk," something she's taught Eliza in recent years.

We walk as a family every single year for all the people who can't, and so that someday others won't have to.