Daneen is fundraising to honor 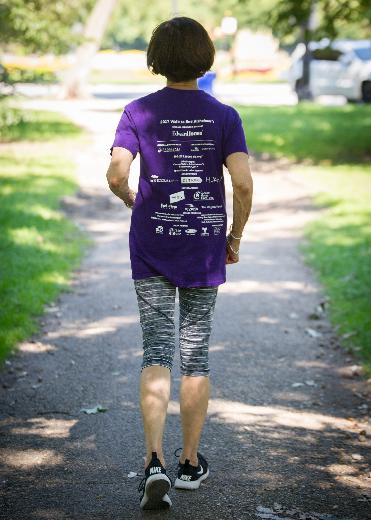 I will walk in my 22nd Walk to End Alzheimer’s in memory of my Mother. I thought I was dealing with old age - but it was age-related dementia.  My Alzheimer's journey started because of her and it won't end until we #ENDALZ!

I walk, advocate, I do whatever I can to #ENDALZ because I want a world without Alzheimer's and other dementia for future generations!

Too many people are impacted by this disease! By participating in the Alzheimer's Association Walk to End Alzheimer's(R), I'm committed to raising awareness and funds for Alzheimer's research, care and support.

My Mother lived the last year and a half of her life in a dementia unit. My Dad's brother and sister died of Alzheimer's, as did another aunt and uncle. Friends' parents died of the disease. Friend's spouses have the disease. I do not want it and I do not want you to have it either.

Currently, more than 6 million Americans have Alzheimer's and that number is expected to grow to as many as 13 million by 2050. Our future is at risk unless we can find a way to change the course of this disease.

I truly need your support to do my part! Please make a donation to help the Alzheimer's Association advance research into methods of treatment, prevention and, ultimately, a cure for Alzheimer's. For the millions already affected by the disease, the Association offers care, education, support and resources in communities nationwide.