Make a general donation to the 2022 Walk to End Alzheimer's - Quincy, IL

Sheila is fundraising to honor 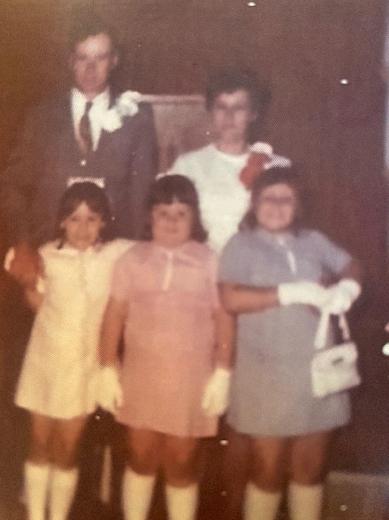 Mom loved babies! She would've been ecstatic to cuddle her great-grandchildren. Have I mentioned how much I hate Alzheimer's?

MY ORIGINAL STORY: My sisters and I were blessed to have a wonderful mother. She worked hard for everything she had and to provide for us three girls. Life was not always kind to mom. My parents divorced when I was 6 years old and mom took jobs in local factories to make ends meet. When she was just 29 years old, she was diagnosed with cervical cancer. At age 47, mom was given the news that she had laryngeal cancer. Doctors removed her voice box and my mom had to learn to talk all over again. She fought and won both of those cancer battles. Mom was such a strong woman!

Around 2012, my step-dad started noticing that mom was forgetting conversations & losing things. She would get dates mixed up and lock herself out of the house. When my step-dad suffered a heart attack in June of 2014 and was in the hospital for several weeks, my sisters and I became more involved in the care of our mother. It was then that we really started to realize the severity of her "forgetfulness."

We set up an appointment for her at SIU Memory & Aging Clinic in Springfield, Illinois. I remember taking Mom to her first appointment in August 2014. The doctor started off by asking mom some simple questions - what day of the week was it, what month, what town was she in? Mom didn't know any of those answers. The doctor told mom to remember 3 common objects (book, house, dog) and then asked her to recall those 3 objects just a few minutes later. Mom couldn't remember even one object! The doctor then asked mom to draw a face on a clock with all 12 numbers in their correct places. Mom just sat there. She couldn't follow directions. She could not do any of the simple things the doctor asked of her. She had no idea what season it was...this appointment was in the Summer and mom insisted on wearing her favorite Christmas sweatshirt to the appointment. The medicine prescribed to slow down the effects of the dementia helped very little.

My sisters and I spent the next two years watching our mother deteriorate. She couldn't remember the names of her five grandchildren. She changed clothes numerous times each day. She couldn't remember if she had eaten. She lost her balance and fell down a lot. And during that time we received another blow. Mom was diagnosed with lung cancer. By the fall of 2016, Mom could not fight any longer. God called Mom to Heaven on October 27, 2016, at the age of 77 years.

In Memory of Marcel
Join My Team

View: In Memory of Marcel
Join My Team