Terri is fundraising to honor 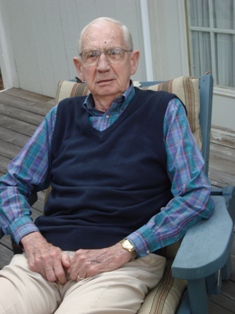 As most of you know, I've been participating in Walk to End Alzheimer's for several years now in honor of my father who suffered with Alzheimer's for many years.  I lost my dad to this horrific disease during the summer of 2013, but I have pledged to honor him and his memory every year for as long as I can by fundraising and Walking to End Alzheimer's.  My sister was also passionate about the fight to end Alzheimer's, and I'm now also walking in her memory due to her untimely death November 2018.

When I speak of my father's death, I'd like to say he passed away after a courageous fight, or lost his battle against Alzheimer's, however, other than fighting to figure out ways to make it look like he could remember things (leaving notes around to remind him of the things he needed to do, writing down directions on how to use the remote, etc.) there is really no battle for Alzheimer's, as there are no treatments, and no drugs that are known to cure.  There is no real understanding of what causes Alzheimer's; so a diagnosis IS a death sentence.  Unfortunately he also fought shame and embarrassment for something he had no control over, but he didn't understand it any better than so many of us.  People who have Alzheimer's are not Crazy, but they are scared, lonely, confused, and just need to be understood.

After all these years, I still hear about so many people confused and/or embarrassed by dementia.  It is so sad to hear people deny their memory problems because they are embarrassed by it, rather than acknowledging the issue, and searching for help.  Even caregivers often deny an Alzheimer's diagnosis, but the Alzheimer's Association is there to help All persons dealing with this disease, and there is NO shame.

I need your support to do my part!  I couldn't help my father as I watched him slowly succumb to this ugly disease, but I can hope to make a difference for myself, my children, my grandchildren, as well as you and yours $1 at a time.  Please make a donation to help the Alzheimer's Association advance research into prevention, treatments and a cure for Alzheimer's. Any donation is a help.  Every dollar helps and adds up to many dollars.  Or if you prefer, just join my team and walk with me!