Make a general donation to the 2022 Walk to End Alzheimer's - Des Moines, IA

Sarah is fundraising to honor 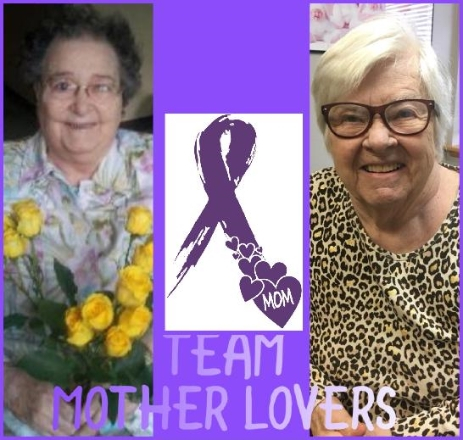 It's sad but true, I have two very important people that have passed with Alzheimer's. Eileen O'Brien my sweet mom-in-law passed away on July 18th, 2013 & My mama Gloria Daugherty, who we lovingly call Glo passed September 4th, 2019.  It was heart wrenching to see this disease steal their precious memories. I miss them both every day and it simply breaks my heart to see these two, who were once was a very independent, funny, smart women, struggling to even do what one might consider a  simple task. That is why I WANT and NEED to make a difference. I'm walking to help reclaim the future for millions. By participating in the 2022 Alzheimer's Association Walk to End Alzheimer's, I'm committed to raising awareness and funds for Alzheimer research, care and support.

The number of Americans living with Alzheimer's is growing — and growing fast. More than 6 million Americans of all ages have Alzheimer's.

An estimated 6.5 million Americans age 65 and older are living with Alzheimer's in 2022. Seventy-three percent are age 75 or older.

Thank you for joining our movement! The end of Alzheimer's disease starts here with ME and YOU.