Make a general donation to the 2022 Walk to End Alzheimer's - Kauai, HI 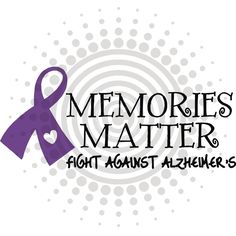 The End of Alzheimer's begins with me!

People talk about the aging tidal wave or tsunami since the Baby Boomers have begun turning 65. I can picture Alzheimer's disease on a board surfing that wave all the way into shore. It's coming and it's coming with a vengeance. Already 5.7 million Americans have Alzheimer's and that is expected to reach at least 14 million by 2050.

You hear people say Alzheimer's is an old person's disease, like that in itself makes it less important. Most of us hope to live a full long life into ours 80s or 90s but none of us want to be part of that 14 million in 2050. God willing, I will be 85 years old in 2050 and I'm pretty sure I'll have enough to contend with without losing my physical and mental abilities to Alzheimer's.

We CAN live in a world without Alzheimer's.  Let's all do our part to help prevent ourselves and the people we love from experiencing this terrible disease.

The End of Alzheimer's begins with US!

Blessed are the merciful for they shall receive mercy. Matthew 5:7