Make a general donation to the 2022 Walk to End Alzheimer's - Boca Raton, FL 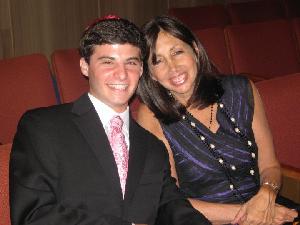 Why do I walk?

Freddi Berliner, my loving Aunt, was one of more than 5 million Americans battling Alzheimer's disease. She was diagnosed with early-onset Alzheimer's at the age of 52, yes FIFTY-TWO! I have personally seen how devastating this disease is, not only for my Aunt but also for our family and her caregivers, who were forced to sit by and watch as she slipped away. She succumbed to the disease in August 2018 at the young age of sixty-two, ten years after diagnosis.

Some say challenges define a person, but I believe how one may tackle their challenge is the true test. Learning how to cope with Alzheimer's and determine what I could do to help those suffering was my biggest challenge. When my Aunt was diagnosed with Alzheimer's, I thought it only affected my grandparents; my family and I became concerned. We all wanted to help and to make a difference in any way we could. We learned this disease is hereditary and, for our family, skips a generation meaning my father and uncle could be at risk of Alzheimer's. Watching my Aunt slip away and having to place her in an assisted living home where she was confined to her bed "without" a voice, I was determined, more than ever, to do something and become an active participant in the fight against Alzheimer's for her and those who may be affected in the future.

I might not have accepted my Aunt's diagnosis of Alzheimer's disease, but I have learned to cope by becoming involved and raising funds, and educating others about how the disease affects the whole family. I am honored to serve as this year's Engagement Co-Chair for the Boca Raton Walk to End Alzheimer's! I am encouraging others to join me in the fight so one day, there will be a cure to end Alzheimer's.