Make a general donation to the 2022 Walk to End Alzheimer's - Greater Orlando, FL 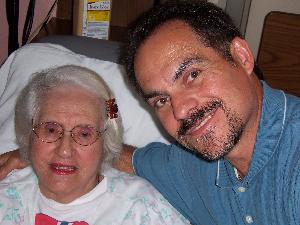 For the 10th consecutive year, I am back asking my dear friends and family to kindly join and support me in the fight to end Alzheimer's Disease. As many of you know, my dear mother Dalia Diaz died in March 2009, finally losing a fight against Alzheimer's that lasted over five years. But she was gone long before then, losing recognition, the ability to speak and eat on her own. I'd like to share a column I wrote shortly after she passed away, not to gain sympathy, but to give you an understanding of the insidious nature of the disease.

Today an estimated 5.3 million Americans are living with Alzheimer's. In addition, 78 million baby boomers are approaching the age of greatest risk for developing this fatal disease. It is the sixth leading cause of death in the United States.

I will be walking with my two sisters and the rest of my family to honor my mother's memory. I would love for you to join us. And yes, I’d love a donation, too. Or you can form your own team to honor a friend of loved one who has been ravaged by this insidious disease. Yes raising money is important, but just as important is the need to raise awareness. Please join me in the fight!

Thank you so much for your support. Together, we will end Alzheimer’s.