Make a general donation to the 2022 Walk to End Alzheimer's - Gainesville, FL

Alexis is fundraising to honor 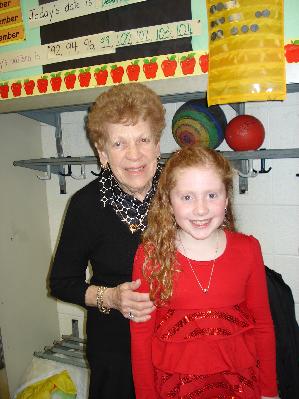 My grandma struggled with Alzheimers for 7 years and just recently passed away this summer in June. It's been extremely hard for my family with her passing. I remember in 4th grade I lost my dog and grandpa one after the other, and shortly after this, my grandma began to lose her memory. She had just lost the love of her life and the one constant she had known for so long. We could all see how sad it made her, but we didn't realize just how much it would impact her or offset her Alzheimer's. I used to be so close with my grandma, but for those past 7 years she didn't even know who I was. Every time my mom would go to visit my grandma, it broke her heart and I could see how much it took out of her, watching her mom look at her with stone cold eyes and no recognition of her own daughter in front of her. When I would visit, I was a complete stranger, every memory of me having been erased from her brain. It was so hard losing her after losing my grandpa, especially grasping the fact that she was present, but not there mentally.

My other grandma also had Alzheimer's. She lived farther away from us so we didn't get to see her as often, but watching her lose any sense of reality was hard, especially for my dad who had such a strong bond with her.

Currently, more than 5 million Americans have Alzheimer's and that number is expected to grow to as many as 14 million by 2050. Our future is at risk unless we can find a way to change the course of this disease.

I march for my grandmothers and my family, so that other kids won't experience what I did. Together, we can end Alzheimer's disease. Please make a donation to advance the care, support and research efforts of the Alzheimer's Association.