Carolyn is fundraising to honor 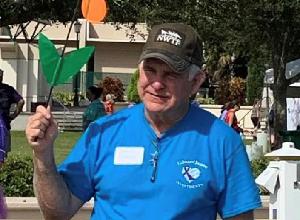 This year I will be volunteering and walking to raise awareness and money for the Alzheimer's Association in honor of Steve Phelps. Steve lost his battle with cancer Feb 11, but he remains an icon in our Edward Jones Region. In addition to being an amazing community leader, Steve's giving and caring spirit filled every aspect of his life and positively affected many individuals. Raising money for Alzheimer's was Steve's passion. Join me, and Edward Jones Team Space Coast, September 24th as we honor Steve's legacy and support those affected by Alzheimer's .