Make a general donation to the 2022 Walk to End Alzheimer's - Washington, DC

Angela is fundraising to honor 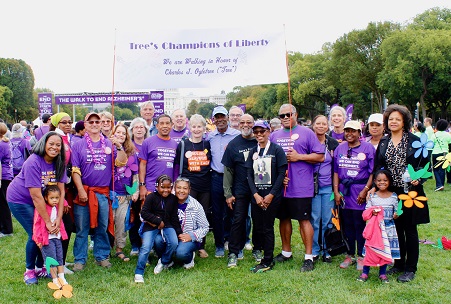 By participating in the Alzheimer's Association Walk to End Alzheimer's®, I'm committed to raising awareness and funds for Alzheimer’s research, care and support.

I am walking in memory of my mother Sarah Harris Jordan who suffered from Alzheimer's before she died and for my friend and mentor Charles Ogletree, who was diagnosed with Alzheimer's in 2016.  Our team -- current and former DC Public Defender Service employees -- is called "Tree's Champions of Liberty."