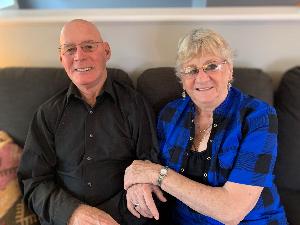 William “salty” sortwell is a grandfather, father, husband, and a friend to many. This year he was diagnosed with Alzheimer’s and vascular dementia. This is one of his biggest fears. Despite this diagnosis, he has continued living each day with a smile on his face. He continues to remain positive and loving. He has given so many amazing experiences to all those who have come into his life. Now is the time that we celebrate him and his fight against this devastating disease. Please help by  Support the Sortwell family and team As we raise funds for the Alzheimer's Association on behalf of William Sortwell . The Walk to End Alzheimer's® Is the world’s largest event to raise awareness and funds for Alzheimer’s care, support and resources. Alzheimer’s won’t quit and neither will way.