Make a general donation to the 2022 Walk to End Alzheimer's - Denver, CO

Deb is fundraising to honor 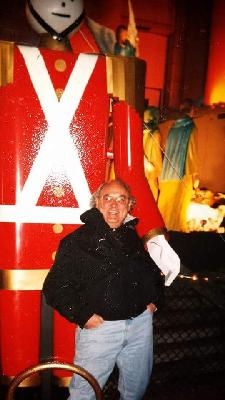 I'm walking in my 20th Walk to End Alzheimer's to honor the memory of my late husband, John Wells. Shown here, we were enjoying an annual tradition of seeing the civic center lights during the holidays. Probably when this photo was taken, the disease process of dementia with Lewy Bodies was already affecting him. DLB, Alzheimer's and other forms of dementia are insidious attackers of healthy brain tissue through the affects of foreign proteins. John was a valiant opponent to the ravages of the disease, but in the end, it took his life after 12 years of living with a diagnosis, and probably 15 - 16 years of living with cognitive symptoms. He was a truly remarkable guy, with a quick wit and compassion. The way he handled being so ill is a testament to his faith.

Please join me in the fight! The Alzheimer's Association supports families impacted by all illnesses causing dementia, including Lewy Body dementia. I'd appreciate your donation to provide funding for care and support programs, research, and bringing the first survivor to reality!