Make a general donation to the 2022 Walk to End Alzheimer's - Imperial County, CA 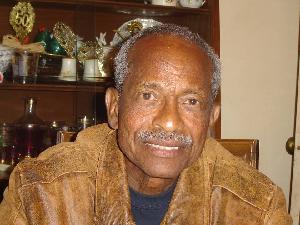 Team page of Loving Memory of Worthy A. Sanders

Worthy Allen Sanders peacefully answered God's call at daybreak on April 7, 2019 surrounded by his wife and children. He was the youngest child born to Romey and Pearlie M. (Turner) Sanders, on September 3, 1937 in Scotts, Arkansas. His parents were sharecroppers on the Pinkerton Plantation. During his early years, the family worked in the fields, picking and chopping cotton. In their free time, they fished, hunted and trapped animals. Worthy's parents were church-going folks, and he accepted Christ as his Savior at an early age. During his mid-teens, the family left the hard life of sharecropping, and moved to North Little Rock, Arkansas. He attended Mt. Moriah Elementary School, Nelson High School, and later completed three years at A.M. & N. College in Pine Bluff, Arkansas. He came to El Centro, California in 1960 with two brothers, Adolphus (A.D.) and Albert, an aunt, Mary (Turner) Miller, an uncle, Lawrence Turner, as well as cousins. Shortly after his arrival, he began working for the El Centro Elementary School District at the Booker T. Washington Elementary School. He worked there until he retired after 33 years of service. He met the love of his life, Kathlyn Binggeli, and they were married for 45 years. He is the proud father of three girls and four boys. His happiest moments were spent with his family. Worthy loved all things outdoors, fishing with his family or buddies,coaching his kids sports teams, co-advising the 4-H club or camping in the mountains. His family faithfully attended St. Mary's Catholic Church for 45 years. He was also a past member and President of the El Centro Lions Club and was awarded the prestigious honor of being named "Lion of the Year," for his leadership.