Make a general donation to the 2022 Walk to End Alzheimer's - Huntington Beach, CA

Jim is fundraising to honor 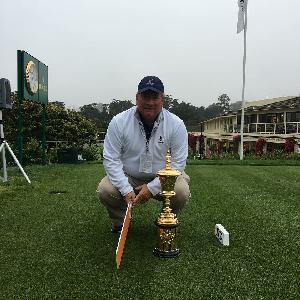 I volunteer for many things, this event is the most meaningful

Last year I walked for the Jim Nantz Alheimers Center. This year I want to honor one of my dearest friends who died back in 2010 from it, George " Sparky" Anderson.

Most people knew George as the 3 time World Series Champion manager of the Cincinnati Reds and Detroit Tigers. George was a great deal more than that to me.

We would go to church for the last 6 years of his life and sit together during the 9 am Mass. We played golf together and once in a while would meet for lunch at his favorite place, Taco Bell across the street from the church.

It's hard to believe that this man who devised the Big Red Machine of the 70's that regularly beat the crap out of my beloved Dodgers and I would become dear friends but we did. I can't think of a better way to honor his memory than helping raise funds to cure what eventually took him away from me.