Make a general donation to the 2022 Walk to End Alzheimer's - Silicon Valley, CA 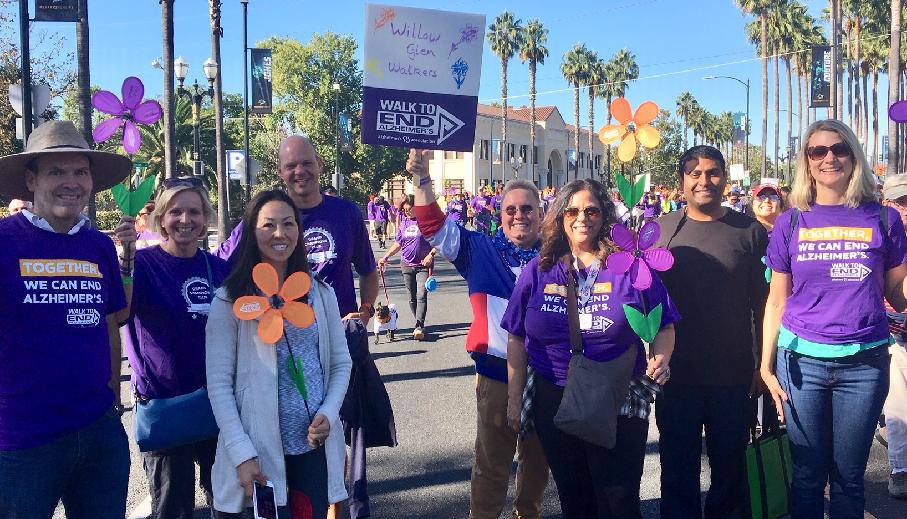 Our Team Members have been personally touched by Alzheimer's disease, or just want to make a a world without Alzheimer's a reality.

No matter what your motivation is, join together with the Willow Glen Walkers Team for the Alzheimer's Association Walk to End Alzheimer's, the nation's largest event to raise awareness and funds to fight Alzheimer's disease and unite in a movement to reclaim the future for millions.

Together, we can advance research to treat and prevent Alzheimer's, and provide programs to improve the lives of millions of affected Americans. Together we can provide hope for families affected!

Based on the 2019 Alzheimer's disease Facts & Figures

• Nearly two-thirds of those with Alzheimer’s—3.4 million—are women.

• Every 65 seconds, someone in America develops Alzheimer’s.

• By 2050, the total number of people living with Alzheimer’s is projected to reach almost 14 million.

We look forward to you joining our team on October 13th at Arena Green in San Jose!