Make a general donation to the 2022 Walk to End Alzheimer's - Yuba City, CA

Sonja is fundraising to honor 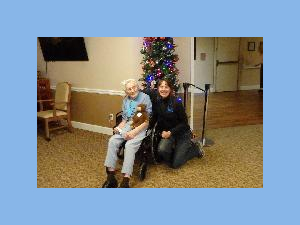 Thank you! I wanted to share the story of my incredible Father, Carl. He passed away in early January of 2014. He grew up on the shores of Lake Superior, WI. Upon graduating at the top of his class in high school he was called to serve his country in WW11. He flew the mighty B29 ai'rplanes on 27 missions over Japan. After surviving the war, he moved his parents and family to NM for a better life. He built and owned his own duplex and apartments  while working full time with the Government. He was always looking out for others and ready to assist them in whatever needs they had. He was such an honorable man who was well liked by all who had the pleasure of knowing him. It broke my heart to see him suffer so much from this insidious disease that robbed him  and our family of so much in the last 12 yrs. or so of his life. I did not always know how to respond or act around him while  going through this long and painful journey. But, what never changed in the face of this disease was that he was always my Beloved Dad who I loved with all of my heart!  This is why I walk and support the efforts of fighting Alzheimer's for a better future for those that are suffering now.