Make a general donation to the 2022 Walk to End Alzheimer's - Las Vegas, NV 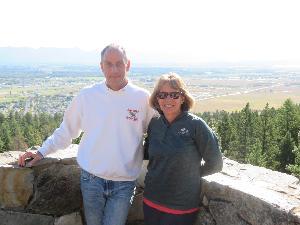 My brother Rob was diagnosed with Alzheimer’s Disease in June of 2019.  It is fitting that he was diagnosed in June as June is Alzheimer's Awareness month.  Additionally, in June the Alzheimer's Association invites people across the world to participate in a "The Longest Day" activity in which participants fight the darkness of Alzheimer’s Disease through a fundraising activity of their choice.  The Longest Day is the day with the most light, or the summer solstice, so "the day with most light is the day we fight"!  As many of you know, I use this as an opportunity to kickstart my fundraising efforts for TEAM ROB (a team that participates in the annual Walk to End Alzheimers each October).

This year, The Longest Day falls on June 21st.  I will be fighting the darkness of Alzheimer’s by running and walking.  I plan to run 5.6 miles on Saturday June 18th as Rob was 56 when he was diagnosed. I then plan to walk 5.9 miles on Sunday June 19th as Rob is 59 today.

I am hoping you might be interested in sponsoring me.  Thank you all for your love and support!

THE DAY WITH THE MOST LIGHT

IS THE DAY WE FIGHT!