Make a general donation to the 2022 Walk to End Alzheimer's - Tucson and Green Valley/Sahuarita, AZ

Marsha is fundraising to honor 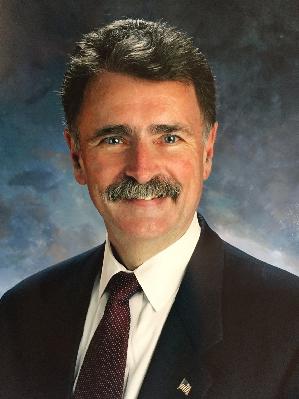 It's been five years since Ray Foresman left this world, but his spirit has lived on in my heart and in the hearts of his children, granddaughters, other family members and friends.  We are now at the point where we can remember, without sadness, his wit and wisdom, laugh at his foibles and eccentricities, and smile at his love of all things surrounding the University of Michigan.

Ray's father, Pete suffered with Alzheimer's Disease and when Ray was diagnosed with memory problems leading up to Alzheimer's, he panicked because there was nothing medical science could do to spare him the horrible end of life his father suffered. There was nothing we could do to assuage the fear we could see in his eyes; not even being with his grand babies.

As I have watched labs and pharmaceutical companies work night and day to find vaccines and booster shots for COVID-19, it mystifies me why this disease eludes them.  The numbers of sufferers continue to grow and the families who can only sit by and helplessly watch such deterioration of mind and body are continually tortured.

The statistics show that 6.5 million Americans have Alzheimer's or some other type of dementia and that number grows exponentially every year. Although the government gives some assistance to research, that amount has been shown to be woefully insufficient.  Most of the research funds come from the people directly affected by Alzheimer's; those of us who have watched it destroy someone we love.  And it is from us that the money will come to find a breakthrough, a cure, a vaccine, a miracle.

On October 22, I will walk to end Alzheimer's around the Tucson Zoo.  As in the past, I invite you to "Walk" with me.  I'm also asking you to support Ray's memory by giving to the Alzheimer's Association through this web site.  In the past I asked for $18, (or any multiple of 18) because the number "chai" in Hebrew means "life".  This year, I'm asking for "double chai"; double life to commemorate Ray's life or anyone else who has been afflicted with any form of dementia and then the other life to give hope to our children and families so that they may never have to dread this disease.