Kimberly is fundraising to honor

my Sitty, my Mother, and Aunt. 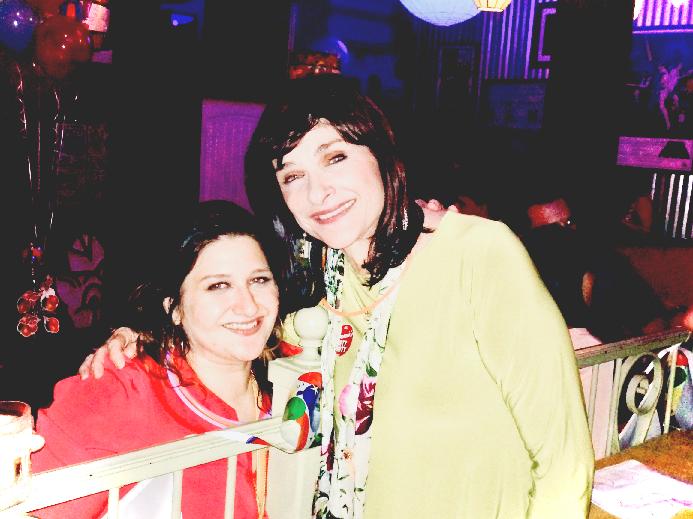 My story begins with my grandmother, who we called “Sitty”, meaning grandmother in Arabic. Her symptoms began at a young age and I was only about 11 years old- and that’s when I first experienced this disease. Watching my mother lose her own mother to this monster is something I will never forget watching for so many years..

Fast forward to 2010.. when I really started to see a change in my mother. By 2013, it was obvious- my worst nightmare had become my reality. My beautiful, vibrant, and amazing mother has Early Onset Alzheimer’s.

In 2014, we found out my dad’s sister was also diagnosed with Alzheimer’s disease. These 2 women were not only sisters-in-law, but they raised their children together and truly were the best of friends.

In 2015, while searching for help in dealing with all of the different things happening with my mother, I stumbled upon an ad about the Walk to End Alzheimer’s. It was in October of that year that we, as a family, used the Walk and the unforgettable meaning of the Blue Flower to share what we had been hiding for so long...

On August 14, 2019, we lost my beautiful mother, Karen, to this dreadful, senseless disease. She was 66 years young.

This is no longer an "old person's illness". It is without a doubt the most expensive disease in America and a public health crisis! We must come together as a community and begin the difficult conversation- raise awareness, and fight for more research, care and support to the some 5+ million people throughout our country and the 94,000+ Alabamians and their caregivers.

Sitty's Angels, 7th year in a row to participate in the Birmingham Walk to End Alzheimer's, and we are proud to be a part of this movement!

Mark your calendars for the 2021 Walk to End Alzheimer's- Birmingham, which will be on Sunday, October 17 at Sloss Furnaces.

Every dollar counts, so, kindly I ask you to consider joining us in our crusade by starting/joining a team, donating, or fundraising for an end to this relentless disease and to do one day live in a world without Alzheimer’s and all other dementia.

Thank you in advance for your love, support & generosity.