Dave is fundraising to honor 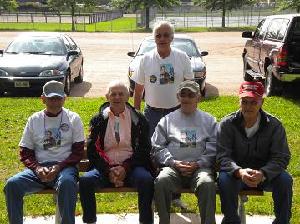 This is a family crusade. I lost my father, Bob, to this disease on 2/4/14. In April, 2015, his oldest brother, Myron, also passed away after battling Alzheimer's. Before that, their mother Dorothy suffered from Alzheimer's in an era when very little was known about it. She passed away in March, 1998.

Also, in August, 2013, my father's brother Vern, who had provided countless hours of respite care which gave my mother, Connie, the well-deserved breaks every caregiver needs, suddenly passed away.