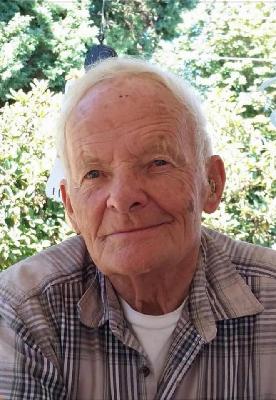 Dave Mackie was a strong, funny, compassionate, and hard working family man. He was diagnosed with Alzheimer’s in 2012. After an 8 year long battle, this horrible disease took him from us on June 27, 2020, one month before we were able to celebrate his 90th birthday. Alzheimer’s stole everything from him and his family.

Before he was effected by this disease Dave Mackie was as strong as they come. He would take bike rides near his house and even being in his mid 80’s he would leave us trailing behind him. His body was healthy and so incredibly strong.

He married his beautiful wife when he was just 23 years old. They had 5 children. And with the years to come they were blessed with a huge family including 17 Grandchildren and 28 Great Grandchildren. For all of us that were so fortunate to call him our Husband, Dad, Grandpa, Papa and Papa Great, he was an inspiration. He left a legacy that will last through the generations. He loved people and was always there to help anyone who needed it. At the end of his time here on Earth, his family stepped up and helped him as he would have for any one of us. We watched him fight harder than ever the last couple months. And he fought until his last breath.

1 in 3 Americans will suffer from Alzheimer’s or some form of Dementia. This disease has to stop! And raising money to help fund research is vital. They will find a cure! We are leading the way to Alzheimer’s first survivor — but we need your help! Please consider supporting this cause with a donation to help us fight to end Alzheimer’s.