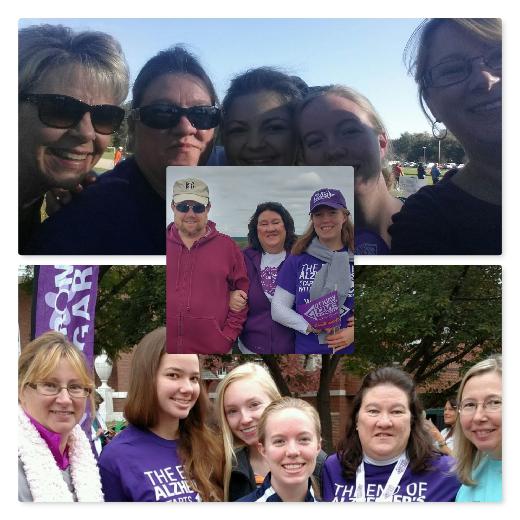 In 2014, Becky recruited friends and family to join a team named SOUTHERN BELLES.  Everyone on this team had lost someone near and dear to them to the horrible disease known as Alzheimer's.  Becky got the idea to walk from seeing a commercial on television, and knowing that something needed to change.  It was time to get involved, and try to make a difference.  In 2015, the ladies were contacted and there were a few changes.  Some people weren't able to walk again, while some others joined the group.  One such person was an "unofficial" walker - he never registered.  So in - 2016 - we changed our name to include the gentlemen:  SOUTHERN BELLES & GENTS.  This year, 2021, will be our 8th year walking as Alzheimer's remains a real threat to everyone's future.  Everyone has lost someone or knows someone with Alzheimer's.

A mind is a horrible thing to lose.  Alzheimer's is the only disease among the top 10 causes of death in America that cannot be prevented, cured, or even slowed.  Please join us, help us, as we try to do our part in bringing about a change.  Thank you!