Brooke is fundraising to honor 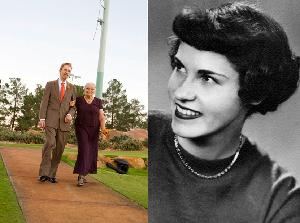 I am walking in honor of two people.  First, my grandmother Pat, who has passed away from Alzheimer's in 2015.  She was one of the most important people in my life and contributed so much to who I am today.

Secondly, I am walking in honor of my father-in-law Paul, who was been diagnosed with early onset Alzheimer's and passed away in 2017.

The most important part of this walk is to raise money for our future so that our lives are not affected by this disease at an early stage.

Pat, Paul & Pals! are committed to raising more than $2,000 for the Alzheimer's Association Walk To End Alzheimer's. So if you are down with PPP, join us at the nations largest event to raise funds and awareness to fight to end Alzheimer's disease. Together, we can advance research to treat and prevent Alzheimer's, and provide programs and support to improve the lives of millions of affected Americans.

By participating in the Alzheimer's Association Walk to End Alzheimer's®, I'm committed to raising awareness and funds for Alzheimer’s research, care and support.