Make a general donation to the 2021 Walk to End Alzheimer's - Beaumont--Southeast Texas, TX

TINA is fundraising to honor 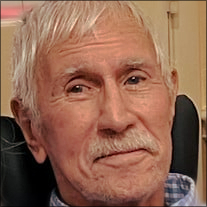 I walk in honor of Francis Tucker!

Supporting the Alzheimer’s Association Walk to end Alzheimer's disease has been near and dear to me since I started working with Edward Jones. My Family and I walk every year together, since it was always the first Family event after my husband Steve returned from a deployment.

My Son Austin has been walking in the Alzheimer walk since he's been a toddler and often makes it a race to challenge others. He only wishes he could ride his bike!

This event became even more "Real" to me, when we lost our beloved Uncle Francis Tucker to Alzheimer's. Francis was extremely hard working and very driven individual, he served his country as a Marine often oversees away from his family. In his later years he loved raising cows and cheering on his favorite team the Dallas Cowboys. He was devoted to his wife, family and his siblings with whom he shared a close bond. His greatest achievement was to mentor many others to achieve their highest potential and uncover their talents and use them successfully.

My husband and I shared a deep bond with Francis and his wife Billy, because we understood the sacrifices we all made due to the military service and how important it was to treasure Family and the limited time we have with each other. Visiting Francis & Billy, when we where in town, was always highest on our priority list.

Seeing him wither away from Alzheimer's was devastating to me, especially when could not remember me anymore!

Thank you for donating to my team!