Make a general donation to the 2021 Walk to End Alzheimer's - Erie, PA 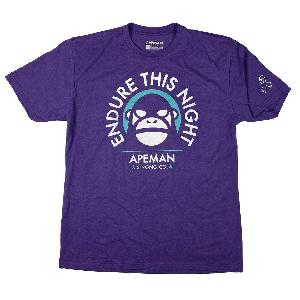 My grandparents were the most influential people in my life. From the time I was small, their love and affection for the things I was interested in made a huge impact on who I became as an adult.

Early in my life my parents divorced and my mother was forced back into the workforce. It was during these years that my grandmother would come to our home week after week to take my brother and I to lunch, to movies, out to ice cream, shopping for school clothes, and gave all of herself to us so that we would feel loved and cared for.
My grandfather was the hardest working person I have ever known. Sacrificing his body, his hands, and most of his time in his life, he provided for the entire family. He was the financial stability and emotional rock for his children, his grandchildren, and even his great grandchildren as the years passed. Paying for homes, college, cars, things he shouldn’t have had to, he worked tirelessly to provide for everyone.
Then one day, they both just started to fade away. Their personalities began to change. Their memories of the life we had shared with them left. My grandmother knew what was happening. She would cry at the loss of herself, her memories. My grandfather took it in stride like he did everything in life. He never let on that it bothered him, but it must have. Alzheimer’s is a brutal reality to live. It takes the people you love from you long before they are physically gone. The light in their eyes goes out, yet here they remain stuck between all that they were and moving on to the next place.
They died within months of each other a couple of years ago. My grandfather went first, then my grandmother. I was with them both as they passed. There is a sadness I carry because I was never able to express in the end all that they meant in my life in a way they would comprehend. Their minds had left long before and my words just echoed in the room mostly unheard. The truth is Alzheimer’s had taken my grandparents from me years before that moment.
We operate our business, Apeman Strong, in the same building my grandfather ran his business from for years. I think about him every single day I am there. This cause is close to my heart and I feel fortunate to be able to donate money in honor of my grandmother and grandfather, Jack and Marilynn Kenyon, this year.

Support our team by going to https://apemanstrong.com/cause This month we will be donation $5 for each shirt for a cause we sell for the Alzheimer's Association Walk to End Alzheimer's®, the world’s largest event to raise awareness and funds for Alzheimer’s care, support and research.