Make a general donation to the 2021 Walk to End Alzheimer's - Pittsburgh, PA

Steffany is fundraising to honor 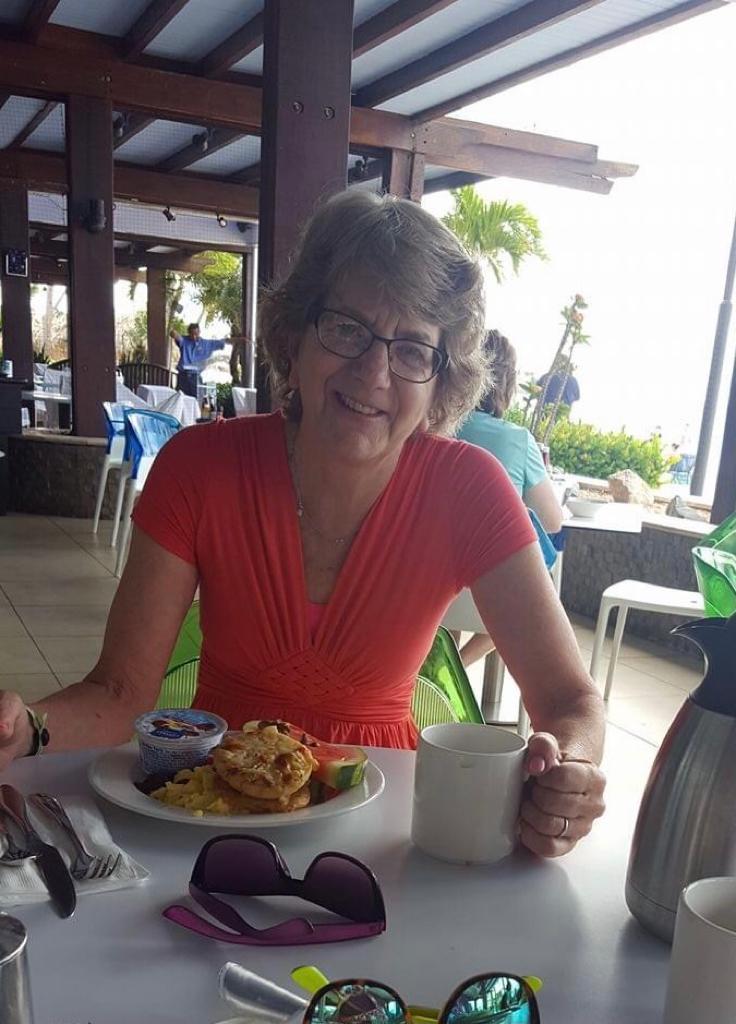 I was extremely lucky to grow up with four Grandparents who were invested in the lives of me and my siblings. They were present for every Sunday dinner, softball, t-ball game and track meet. They would take us to visit out of town family, camping, and to and from college.

Reality was, my Mom ran our household. As a result, our Grandparents were so integral in our growth. In fall of 1994, Mom, Grandma and Grandpap Gowetski delivered me to the next stage of my life, Westminster College. I didn't know which of the three I would miss the most and which one of the three was most proud.

Grandma and Grandpap never hesitated to do a weekend pickup. One weekend my sophomore year, on the way home from New Wilmington, Grandpap missed the 422 exit. Now those that knew him, knew he could drive anywhere in the U.S. without a doubt. The confusion was immediate, and I knew there was something wrong. Mom and Aunt Sara jumped into action and started scheduling doctor appointments. It didn't seem to be long before Grandpap was diagnosed with Alzheimer's disease. Life changed so quickly, confusion, hallucinations and forgetting how to do normal daily tasks. We took the opportunity to create Loser's Night and Ralph's Gang. Friday nights was the time when we could all gather with my Grandparents, even though they insisted we must have better things to do. What else could there be, we were Loser's? It was a fun way to show them our love.

Grandpap was a teacher to the family and thousands of students at Highlands High School. He was a leader. One Loser's night, we assembled and I volunteered to bring our favorite pizza for dinner. Gram was upset when I arrived because Grandpap didn't know who she was and had been difficult all day. A few minutes later he shuffled into the front room, sniffing the smell of the fresh pizza. He grinned and said, "Steffy's here." I couldn't have imagined that it would get harder, but it did. The stress of being a caregiver was taking its toll on Gram. So now, the care for both Grandparents became necessary.

My Mom managed so much, three teens/young adults, work, sick parents, and just so much more. She was the leader of my family, the community and the church. I watched, I learned, I joined. After having three beautiful girls of my own, my mom was at all three deliveries and spent every moment she could with her Grandchildren. They adored Grammy. In 2016 - 2017 we began to have some issues with my mom. She would zone out when driving and not be aware of where she was. There were family members who she couldn't put names to face. It was time to contact the doctors. I knew enough from caring for Grandpap and Great Grandma Laura that the issues could be a number of things. But my heart knew what the outcome would be.

Mom was diagnosed, at the age of 64, with mild cognitive impairment. We were all scared but not as much as Mom. Would it be just like Grandpap? He declined so fast. Who would care for her? My siblings and I all seemed so young and we had little ones of our own. Dad was not the best with Doctors and hospitals. She was the leader and wasn't ready to give that up.

Rest assured, she taught us well. She led and cared for others. We watched, followed her lead and joined in. So I promise, she is in great hands and surrounded by love. In 2019 after spending 19+ years participating in the Alzheimer's Association Memory Walk and Walk to End Alzheimer's as Ralph's Gang, I decided it was time to volunteer with the Association. Now, to make mom proud, I volunteered to be a member of the Logistics Committee. It seemed natural. After a meeting or two, I was asked to be the chairperson of the committee. I was nervous about my first participation, but Shannon, Matthew, Beth and Kat were people that I wanted to be around. They were energetic, warm and welcoming.

And then the committee volunteers. Can I say blessed? They were awesome. Christian, Jesse, Jessica, Jenny and Samantha. It was the best volunteer experience I have ever had. With every meeting, phone call and email it was clear that these people were as dedicated as I was. The walk was beautiful. There were tears of joy and sadness.

Mom is doing well. She has good days and bad ones. She doesn't drive very much anymore, but thanks to Dad, she gets to mass throughout the week, grandchildren's events, vacations, and so much more. Mom has a great sense of humor now. She can laugh at me when I ask her to remember something for me and she finds some humor in telling time. It is important to make the best of the love and time we have together.

Now I look at the future. Continue to dedicate my life to my family and the cure to end Alzheimer's disease and other dementias. I call on friends, family and co-workers to join me in this fight. Let's find our first survivor.
View More
Join My Team Donate Now