Zachary is fundraising to honor 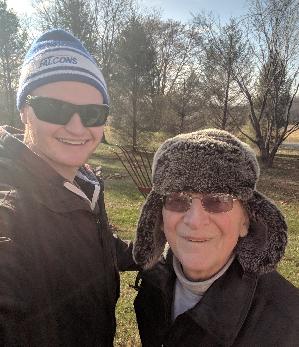 Alzheimer’s isn’t stopping and neither are we.

I've seen firsthand the effect that Alzheimer's can have on individuals and their families, as I witnessed my grandfather and great aunt, Milton and Barbara Kreiser, slowly digress into the disease for several years prior to their passing. I saw the harsh toll it took on Papa and Aunt Barb, and on the rest of my family, for years - especially my Grandma, Nancy Kreiser, who was the primary caretaker to both of them. Lucky they were to have such an amazing support network behind them during such a frightening and defeating progression, and lucky we were to still have the opportunity to share joyous moments with them in their final years, but luckier we would all be if everyone's mind was theirs to keep for the entirety of their life.