Cynthia is fundraising to honor 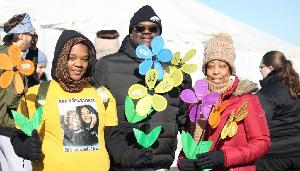 Ronald C. Lewis was the first African American Fire Chief for the City of Richmond, Virginia. He began his career in 1956 in Philadelphia, PA, moved up through the ranks to Fire Battalion Chief in 1974.  When the opportunity to make a difference in the City of Richmond came up - he answered the call. Fire Chief Lewis served the Richmond Couumunity from 1978 - 1995 when he retired with over 30 years in Public service. Chief Lewis was a visionary and his goal was to transform the Richmond Fire Department into a “Best In Class Fire Department”.  Ronald C. Lewis led a life of Faith, Service, Community and Respinsibility.