Samantha is fundraising to honor 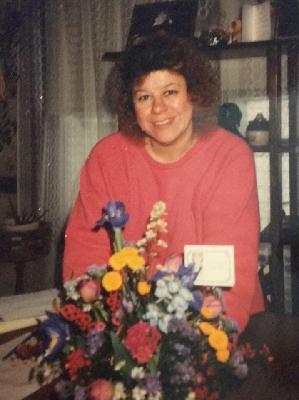 Mail-in donation
I feel like I was one of the first people to see the cognitive decline in my Nana, along with my Papa as early as 2010. I was living with them at the time, to be closer to the local community college I was attending. Living with my grandparents was nothing new, I had lived in the same house as them until I was 10. Papa was always in the shop in the basement and Nana was always watching her soaps or cooking us her famous banana bread. Christmas was Nana's favorite time of year, and somehow she figured out a way to make all her 20+ grandkids feel special (yes over 20).

She was always the loudest in the room (probably where I get it from), and always had so much love to give.

In 2010, she started to change. At the young age of 18, I truly didn't understand why she was so angry all the time and why the anger was always towards me. It wasn't until the year my Uncle Terry tragically passed away, that we realized the seriousness of her decline. Her hair turned grey overnight, and it became clear that this wasn't normal signs of aging. The Alzheimer's Association became an amazing resource for our family, via their support groups and 24/7 helpline.

My Mom discovered the Walk to End Alzheimer's when she was in the very early stages of her diagnosis. It was the first time we saw other families impacted by Alzheimer's or dementia in our community. When she passed away in 2017- we continued to walk in her memory.

Any donation you give goes towards the Alzheimer's Association for care, support, research, awareness and advocacy activities.