Mitzi is fundraising to honor 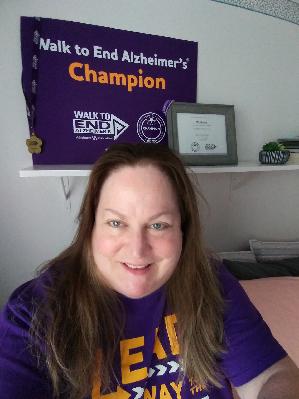 My story, My Dad was a doctor in general medicine for 45 years. He was on many Board of Directors for many hospitals throughout the Bucks and Montgomery Counties. He wrote many articles that were published in the American Medical Association periodicals. He did many studies of certain cancer's in his practice and written up and given commendations for his outstanding performance.  My Dad was diagnosed with Alzheimer's in 2011. He rapidly declined.  We got him into a wonderful Memory Care long term facility so he could live out the rest of his life with dignity and respect. He was a wonderful Husband, Father, Brother and Uncle and was truly a family man and beloved by everyone he touched. Love you Dad!

Now my Mom (Gloria Barnes) has Dementia and I am and have been her caregiver for the last 2 years, since 2019. My Mom went to the University of Pennsylvania and got her Masters in Psychology. She is a brilliant individual and still reads, speed reads, many books now. I am diligent in my care for her as I love her so very much. She is my best friend also. I am walking this year in honor of both my parents and an Aunt and Uncle that have this disease as well.