Make a general donation to the 2021 Walk to End Alzheimer's - Eugene, OR 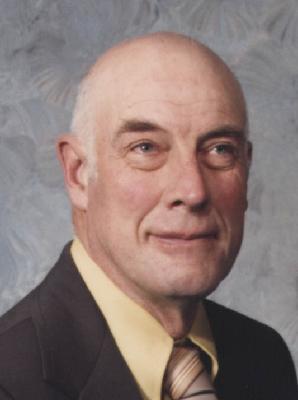 My name is Connel and I am the face of Alzheimer's: I was a saw filer and farmer, the father of two and the grandfather of three, and a respected 4-H and community leader for a quarter-century. I lost my decade-long battle with Alzheimer's in 2002.

Please join us this year as we're again fundraising in memory of Donna's father (my father-in-law) and to help reclaim the future for millions of our fellow Americans. By participating in the 2020 Alzheimer's Association Walk to End Alzheimer's, we're committed to raising awareness and funds for Alzheimer's research, care, and support in Oregon and across the country.

Every 65 seconds, someone in the United States develops the disease. Currently, 5.8 million Americans are living with Alzheimer's and that number is projected to grow to nearly 14 million by 2050. In Oregon, 67,000 residents 65 and older have Alzheimer's; that number is predicted to climb to 84,000 in the state by 2025. Our future is at risk unless we can find a way to change the course of this disease.

More than 16 million Americans provide unpaid care for people with Alzheimer's or other dementias. These caregivers provide an estimated 18.5 billion hours valued at nearly $234 billion. In 2020, Alzheimer's and other dementias cost the nation $307 billion (Medicare, Medicaid, and other paid care sources). By 2050, these costs to our country could rise as high as $1.1 trillion.

Alzheimer's is the sixth leading cause of death in the U.S. With 1,850 deaths attributed to Alzheimer's in 2017, Oregon had the 12th highest rate of death (44.7 per 100,000) from this devastating disease in the country. This terrible disease kills more people than breast and prostate cancer combined. One in three seniors dies of Alzheimer's or another form of dementia.

We need your support to do our part! Please join our team, Crosiar's Crusaders, and make a donation TODAY to help the Alzheimer's Association advance research into prevention, treatments, and a cure for Alzheimer's. For the millions already affected by the disease, the association offers care, education, support, and resources in communities nationwide and throughout Oregon.

Thank you for joining our movement to #ENDALZ! Conquering Alzheimer's disease starts here and now—with each of us.