Make a general donation to the 2021 Walk to End Alzheimer's - Central Oregon - Bend, OR

Kendall is fundraising to honor 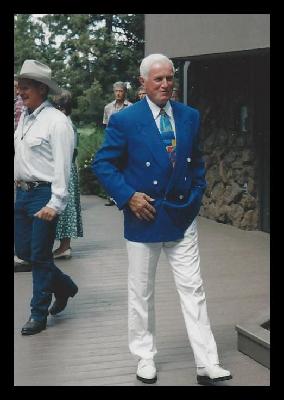 Four years ago my dad drove off to get his hair cut and didn't come back.  Thankfully the police found him 2 days later in Coos Bay.  He was confused and dehydrated but ok.  Our lives would never be the same after that day.  We could no longer ignore the fact that our strong father who was a Captain in the Marine Corps and a successful local businessman had Alzheimer's.  This is the same cruel disease that had taken his younger brother's life many years earlier.

As a family, we circled the wagons and tried our best to make him comfortable in his own surroundings.  Our mother cared for him at home until the very end.  I don't know how she did it.  With Alzheimer's, there are good days and bad days...and then there are REALLY bad days.

August 12, 2016 we lost our father Richard "Rigger" Brownrigg to Alzheimer's.  He was 82 year's old.  We will carry on his legacy by supporting The Walk to End Alzheimer's.  Please join us.