Make a general donation to the 2021 Walk to End Alzheimer's - Monmouth-Ocean, NJ

Linda is fundraising to honor 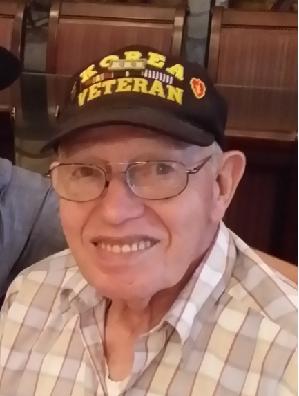 Growing up, he was the leader of his class. He earned a degree as an airplane mechanic but really found his passion in carpentry. He was drafted during the Korean War and was sent to leadership school after his initial training. He excelled in engineering and was a natural born leader. He served as a Sergeant on the front lines of Korea.

My father was an extremely smart man. He knew the answer to every question I ever had. It was painful to watch his memory just fade away.

In the last few years of his life, he struggled with which order to take his pills and how to work the kitchen stove.  His independence was taken away after we took away his driver's license- afraid he wouldn't find his way home one day. He couldn't balance his checkbook or make even simple decisions like choosing something off a menu at a restaurant. We were all so helpless...This disease was so frustrating for him, and painful for everyone involved.

We hope Pop will always be remembered for his humor and his wit, and for his strength and courage. He was a true blessing to our family.