Make a general donation to the 2021 Walk to End Alzheimer's - Charlotte, NC

Trey is fundraising to honor

of all those suffering from Alzheimer's. 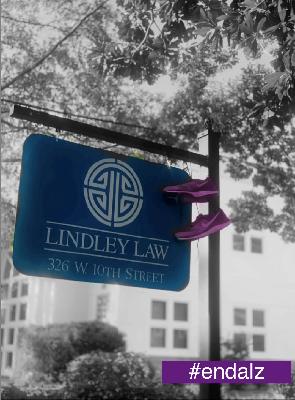 It was a cinch, really, much easier than the convictions for conspiracy, identity theft, counterfeit securities, and social security fraud that sent him to federal prison almost a decade prior.  He didn’t have to fool anyone this time; he was her closest caretaker, after all.  On an almost nightly basis, he’d park safely outside the view of every surveillance camera, walk to her bank’s drive-through ATM, and clumsily place a yellow Post-It note over its camera.  For added(and, as you will imminently learn, necessary) protection, he wore all black and donned a ski mask, hat, and gloves.  Only the small slit exposing Michael’s eyes behind thin wire-rimmed glasses betrayed any hint of his identity.  He withdrew the daily limit, $500, before swinging by Harriet’s other bank to repeat the process, as he had for over a year.  After depleting the checking accounts, he’d access them online and transfer money in from her savings.  In addition to the $165,000 steadily withdrawn in this fashion, Michael spent another $40,000 routinely maximizing and paying down her credit cards.

Harriet was neither rich nor careless in her affairs.  She lived frugally, saved scrupulously, and never left the room without her purse.  Her closest friends knew she pinned an envelope concealing her cash to the inside her of nightgown before bed.  A woman who mowed the lawn into her eighties, Harriet knew the value of both a dollar and hard work.  For over fifty years, she invested what she could in real estate.  In addition to her home, Harriet owned three other houses in town, a beach cottage, and a mobile home park in South Carolina.  The rents she earned leasing them yielded a tidy income. Michael’s mother rented one of those houses.

Harriet’s largely untreated Alzheimer’s disease had been progressing for years.  Her adult son suffered from a number of his own afflictions and was similarly incapacitated.  Michael took charge of them both, in the guise of a concerned neighbor and friend… or as Harriet’s “grandson”, according to the banks’ paperwork he filed when making himself the beneficiary of her accounts.  This was all before he procured a Power of Attorney from her, transferred title for the local properties and beach cottage to himself, and pocketed the rent from the mobile home park.  And that was before our and several other law firms, Adult Protective Services, and law enforcement became involved.

As the outsized Baby Boomer Generation ages, dementia rates continue to rise, and our society remains ill-prepared to meet these unprecedented challenges.  In Harriet’s case, despite the highly anomalous account activity, neither bank flagged her accounts for potential fraud.  While criminal charges were initially brought against Michael for elder abuse, they were dropped shortly after Harriet’s death.  Our firm’s job was to recover what we could, since her son would have otherwise been rendered destitute and needed those assets for his care.  Today, we need your help:  Alzheimer’s disease must be fought aggressively on every front.

For the third year, our firm is participating in the Alzheimer's Association Walk to End Alzheimer's® on October 23, 2021.  We’re raising funds and awareness to advance the fight against this disease and accelerate critical research.  Our fundraising goal is $10,000 and we have just a few months to meet it.  Please aid us in our mission by clicking this link to donate to Trey’sfundraising page.  Every dollar will help combat this epidemic and any amount will be greatly appreciated. Thank you, on behalf of Alzheimer’s patients and families everywhere, for your consideration.