Brenda is fundraising to honor 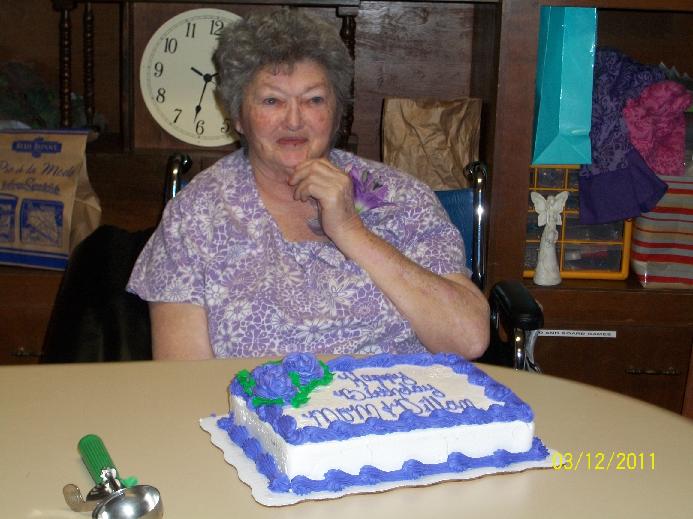 I am participating in the Walk to End Alzheimer's as well as other family members to honor my mom. She was diagnosed with this terrible disease in 2006 but we are sure she was in the early stages at least 3 years before her diagnosis. By 2008 she wasn't able to walk anymore and was using a power chair. Her bones were getting weaker and weaker. In 2010 she fell out of the power chair and broke her arm. My dad had been her caretaker up to that point but the doctor's told my dad that she needed additional help. It was at that point we had to put her in a nursing home. My dad was close enough to the nursing home that he would stay with her most of the day, every day, I am so thankful for that. After almost 2 ½  years her bones had gotten so brittle that while they were trying to change her blouse, she broke her arm again. By this point she didn't know who her family was and she wasn't able to communicate very well. Because of her bones being so weak, we were told that she would have to stay in her bed. She was bedridden for almost 3 years. It was just a terrible sight to see your mom slowly dying and not even able to move on her own. On January 20, 2016 my mom finally was made whole again by passing from this life into the arms of Jesus! Someday I will see her again and I can't wait to hug her and have her hug me back!!!

Fundraising Honor Roll
In memory of my mom. Miss her!
$100
Donate