Make a general donation to the 2021 Walk to End Alzheimer's - Minot, ND

Holly is fundraising to honor 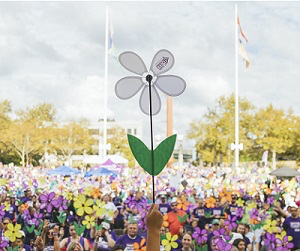 As most of you know, Mom was taken far too early- at 61- due to an ugly disease called FTD (frontotemporal degeneration), which happens to be part of the Alzheimer’s umbrella. It’s awful to watch and I want to do what I can to rid the world of it. What you might not know is that our family also lost my mom's oldest brother to the same disease at the age of 64. Her oldest sister had another form of FTD - Corticobasal Degeneration- and lost her battle at the age of 72.

This is an awful disease to watch your family members experience. They are present in body but completely lose the ability to communicate. The part of their brain that makes them THEM is changed and keeps deteriorating until their body succumbs. It's a gut-wrenching journey.

Walking For Our Sunshine
Join My Team

View: Walking For Our Sunshine
Join My Team

Fundraising Honor Roll
In Memory of my Mom
$60
Anonymous
Donate