Make a general donation to the 2021 Walk to End Alzheimer's - Lexington, KY

Mauritia is fundraising to honor 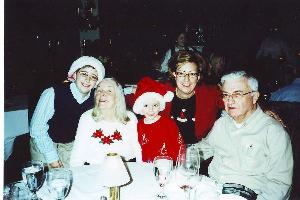 I'm walking to help reclaim the future for millions. By participating in the 2021 Alzheimer's Association Walk to End Alzheimer's™, I'm committed to raising awareness and funds for Alzheimer research, care and support. I walk in memory of my mom, Genevieve, who lost her lengthy battle with Alzheimer's in January 2012, Jean Meyer, the mother of my closest friend from college, Beth Meyer Mitchell, who lost her battle in August 2012 and my husband's aunt, Dorothy Kamer Schlich, who passed away in July 2013 from Alzheimer's.  My involvement in the fight against Alzheimer's is the least I can do in their memory.