Make a general donation to the 2021 Walk to End Alzheimer's - Lexington, KY

Marsha is fundraising to honor 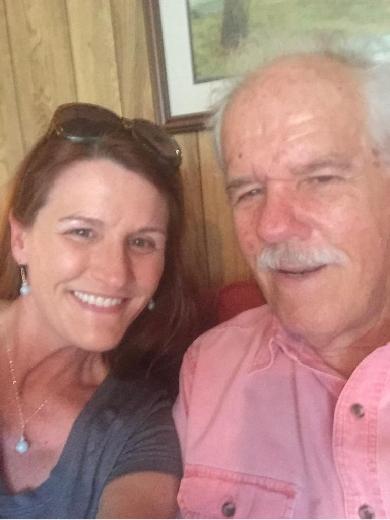 Mail-in donation
She was on a journey that required her to be fierce.

I'm leading the way to Alzheimer's first survivor by participating in the Alzheimer's Association Walk to End Alzheimer's(R). Currently, more than 5 million Americans have Alzheimer's and that number is expected to grow to as many as 16 million by 2050. Our future is at risk unless we can find a way to change the course of this disease.

In 2015 my dad began his battle with Alzheimer's disease. The things that I watched  him go through during that time were beyond heartbreaking, and I often found myself wondering, if this disease is so horrific from the outside, what must it possibly be like for him?

On May 7th, 2019, Dad couldn't fight anymore, and the disease won, as it always does. I had promised him from the beginning that I would always take care of him and help him, and by the grace of God, I can say that I believe I did. At least I know that I did the best that I could until he took his last breath, but I also promised that I would keep fighting this disease, because it doesn't end with him. There are millions of others who are facing and will face the same kind of torture that we endured, and I will keep fighting to help them. Please join us in ending Alzheimer's forever.

Fighting Together
Join My Team

View: Fighting Together
Join My Team