Make a general donation to the 2021 Walk to End Alzheimer's - Terre Haute, IN 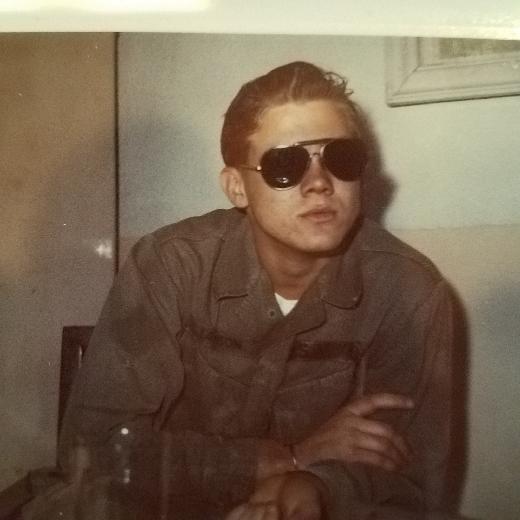 Team Sandman was created 4 years ago, in honor of a Vietnam Veteran who made it through that War but lost his battle to Lewy Body Dementia. John Lawson Jr (aka Sandman) loved his family and especially his grandchildren, he was taken from us at the young age of 68. After he retired from the Terre Haute Parks Dept, he started showing some signs and symptoms of Parkinson's however when he would go to the doctor he would pass all of the test with flying colors. He continued to go down hill over 5 years, and he was finally diagnosed with Lewy Body Dementia. He was very lucky to have amazing care givers, his wife Diana, his son John, and his granddaughter Sawyer. Once he was diagnosed with LBD, he only live a few short months. He deteriorated very quickly, it was horrible to watch. LBD is one of the worst forms of Alzheimer's that you can get. As a family we were saddened by his passing, however we were rejoicing that he is no longer in pain, in a wheel chair, confused, and just not himself. We truly believe he is in Heaven, waiting to welcome all of us when our time comes.

Team Sandman is on a mission to raise as much awareness and funds that we can, because we don't want any other family to have to go through what our family has went through. We don't want anyone to have to deteriorate the way Big John and all of these other individuals that deal with it daily has. We want to shed light on this disease, Alzheimer's is the 6th leading cause of death in the US! That needs to change. Most people believe that Alzheimer's is for older people, however it can effect anyone. There is a local team that is walking for their family member who has been diagnosed and he is only 48, he was diagnosed at 43!! Alzheimer's does not discriminate.

This year our Motto is: In this family, No one fights ALONE!

Team Sandman is a family! Not by blood, but by love of helping others and working towards the same greater good!!

The team Captains are: Amber Lawson and John Lawson, contact either of us for more info on Team Sandman