Make a general donation to the 2021 Walk to End Alzheimer's - Naperville, IL 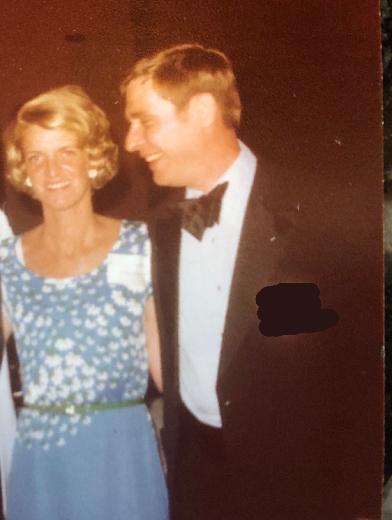 Mom and Dad, many years before Alzheimer's entered our lives

This is the page to join Sallie's team for the Naperville Walk to End Alzheimer's.

Four days before our fourth wedding anniversary, Dave and I will be walking to end Alzheimer's. Please join us!

Sadly, neither of my parents were able to attend our wedding almost four years ago, and I blame Alzheimer's for that. With my mother, I saw firsthand how destructive this disease truly is. My mother lost her ability to think, function and take care of herself over her 13 year battle – the toll of this disease tormented me, and the rest of my family, as we watched as her memories slowly slip away. My father was mother’s caregiver and as a result, he died 6 years before my mother did, from being so worn down caring for someone with this horrible disease.

This disease is equally as harmful to our nation’s health care systems. This looming crisis is deemed the most expensive disease in America – costing $305 billion annually, including $206 billion borne by Medicare and Medicaid. Watching these figures grow and my mother’s health fade, inspired me to join forces with the Alzheimer’s Association.

There are currently more than 5 million Americans 65+ living with Alzheimer’s (a number expected to nearly triple by 2050) and more than 16.3 million serving as unpaid caregivers.

I'm leading the way to Alzheimer's first survivor by participating in the Alzheimer's Association Walk to End Alzheimer's®.  Our future is at risk unless we can find a way to change the course of this disease.

Together, we can end Alzheimer's disease. Please join the fight either by:

Your donation will help to advance the care, support and research efforts of the Alzheimer's Association.