Make a general donation to the 2021 Walk to End Alzheimer's - Ames, IA

Tiffany is fundraising to honor 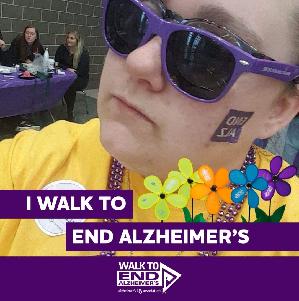 I began caring for my Grandma and her twin sister, both diagnosed with Alzheimer's dementia, after my Grandpa Dave passed away in 2017. There were many complications that resulted in his passing, but the doctor did say that dementia was one of the underlying factors that contributed.

I discovered the Alzheimer's Association back in 2018 and have been fighting alongside them ever since. They have provided really good resources to help me understand what is going on with my grandma and her sister. And I know that they are doing great work. I would love to see a world where we don't have that added stress of caregiving for this disease. I'm dealing with it but future generations shouldn't have to. Help me #ENDALZ!