Make a general donation to the 2021 Walk to End Alzheimer's - Des Moines, IA

Jane is fundraising to honor 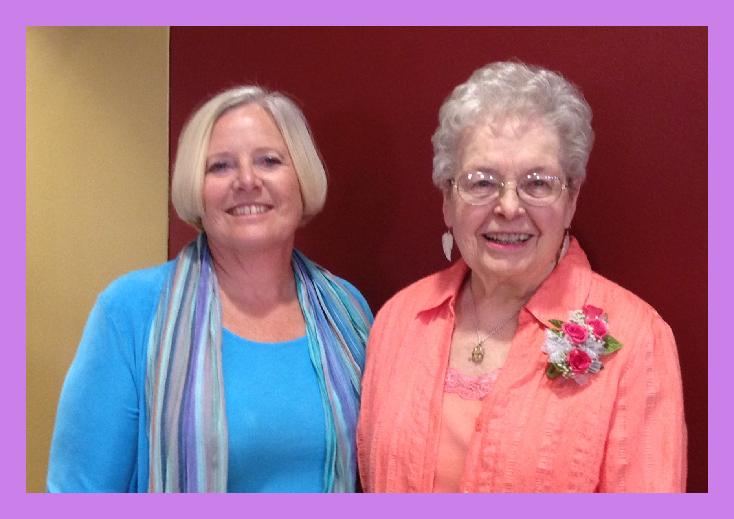 I attended a Mother's Day event with my mom on May 5, 2016, at her senior living apartment complex. Fourteen months later, we moved her to nursing care due to the dramatic progression of Alzheimer's disease.

What a difference a year makes. Last year, 23 of my family members gathered in Des Moines to join the Walk2EndAlzheimer's. This year, the Walk will not happen due to the coronavirus pandemic. Also due to Covid-19, our mother is no longer with us. If anything positive can be said about this virus, it is that it saved us the heartache of watching Alzheimer's steal away her ability to eat, drink, speak, or even be aware of someone in the room with her, because that was the fate that awaited her.

We are 17 days from this year's Walk2EndAlzheimer's. I appreciate everyone who has supported my fund-raising efforts so far. It seems that every time I mention my mother having Alzheimer's to someone I don't know well, I learn that they, too, have had a personal encounter with this awful disease. A recent Facebook post about the upcoming walk brought an almost instant response and Please consider a donation to help unlock the mystery of this disease. Thank you.

In the ten months since my first Walk to End Alzheimer's, I have learned a lot about the disease and have seen how it is slowly taking my mother away from me. I have to look harder to see the parts of her personality that remain underneath the disease. There are 5.8 million Americans with Alzheimer's, and there are more than 16 million unpaid caregivers who provide an estimated 18.5 billion hours of care for their loved one. Some of these are elderly spouses trying to keep their partner out of a nursing home as long as possible. For them, it is a 24/7 job. Alzheimer's disease is taking a toll on this country, and it will only get worse as baby boomers begin to reach their 80s, the vulnerable age for Alzheimer's has been called The Long Goodbye, because you lose the person you know a little bit at a time. I call it The Disease of No Hope, because there is no treatment and no cure. This disease will ultimately take your life. This is why I walk with others who have been touched by Alzheimer's, and why I am asking you to help me reach my goal of raising $1,000 this year for the Alzheimer's Association. Maybe, by the time my daughter or my grandchildren reach the age at which people typically develop Alzheimer's, there will be a little hope for them. The Alzheimer's Association believes the first survivor is out there. With additional funds for research, maybe that person will be part of the next generation.

With Mother's Day just a few days away, I think this is an appropriate time to launch my appeal for support for Alzheimer's research, which afflicts my mother. A recent article in the Des Moines Register states the case for funding Alzheimer's, and it isn't just because a few unlucky people get this disease. The article points out the toll Alzheimer's will take on the nation as we baby boomers enter the target age for Alzheimer's.

I encourage you to read this article, then support me with a donation for the Walk to End Alzheimer's on August 24. Better yet, join my team and spread the word to your contacts. You can join and fund-raise without having to participate in the walk, but that event will definitely touch your life. Thank you.

BOM (Because of Mom) Squad
Join My Team

View: BOM (Because of Mom) Squad
Join My Team